I Was a Teenage Ghost Hunter, by Brian K. Henry - Book Review 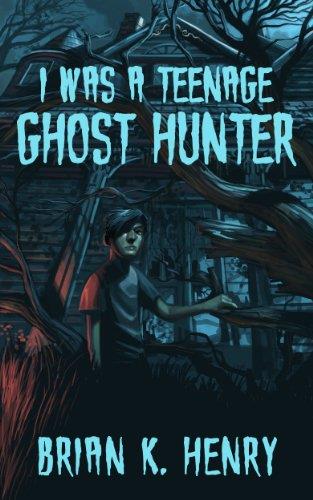 I was a Teenage Ghost Hunter is a light-hearted paranormal read with a unique plot, well-rounded characters, and sprinkled with humor. The story follows Devin, a sixteen-year-old barista with unique abilities, and his friends. He can see ghosts but tries really hard not to. His close friends know that and often tease him about it. It’s hard to hide it because when he sees manifestations of the other world gets into a trance-like stance.

“I get distracted sometimes. I try to focus, but before I know it I just get into some zone.”

The author’s sense of humor comes through almost every conversation and that’s part of this book’s charm. Who doesn’t love witty dialogue?

Nayra removed her hands and continued walking. “The exact nature of your phase-outs are what perplex me. Do you like lemon?”

“No. They have lemon-melon ice cream this week on special at the Freezer Cup.”

Nayra even has a blog about supernatural manifestations where she posts about Devin’s phase-outs while Rex tries to down-play it.

I wouldn’t worry about it,” advised Rex. “There’s only like 100,000 members on that whole site, and half of them live in Romania or something.”

Seeing ghosts isn’t easy on Devin and the aftermath is exhausting. Here’s what the author has to say about it

After a vivid phase-out episode he usually had an especially bad session of nightmares, often culminating in a chilly unsettling encounter with some amorphous form in a graveyard. “Sure, yeah. Just call the barista a lunatic then put in your order. That’s usually how it goes.

The author skillfully mixes tension and humor to keep you by the edge of your seat. I loved it!

“Devin, I see a figure!” Devin recognized Clive’s distinctive voice. He must be somewhere on the front of the property.

“What kind of figure?”

“Spooky as hell. It’s kind of big, rippling and kind of bat-like. Like it’s got some dark freaky wings.”

“Right on the center front of the roof!”

Devin looked around, saw nothing incredibly creepy, then realized his jacket was blowing out fiercely on both sides. “That’s me, Clive. My jacket’s whipping around.”

“Jeez, you’re spooky. Stop that. It’s freaking me out.”