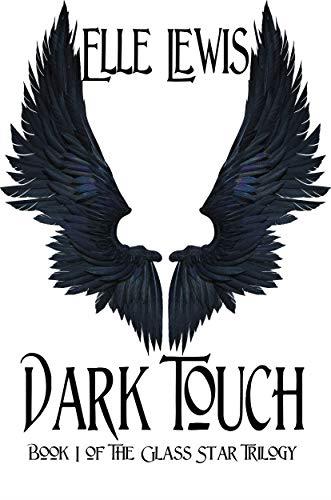 The way I see it, Dark Touch fits perfectly into the paranormal and urban fantasy genre. What I liked most about it, apart from being my favorite genre, was its original mythology. The market is saturated with stories about vampires, werewolves, and witches (which I love and write about it, too). Therefore, a story that brings in new supernatural creatures is like a breath of fresh air!

Dark Touch is not epic fantasy, so don’t expect intricate world-building, just enough for the plot to make sense. The characters, on the other hand, are intriguing and the fast pace of the story is engaging till the last page. By the way, if you’re planning to read it, arm yourself with patience, because it ends with a cliffhanger! But you’ll get some sort of closure, so it’s not that bad, just leaves you wanting for more!

Sloan, the main character is touched by a supernatural creature and is supposed to die instantly. When she doesn’t, she attracts the attention of both the being who tried to kill her and others who want to protect her. A tug-of-war ensues. Sloan finds herself hunted both in the real world and in her dreams.

“Flashes of the battle raced across my thoughts. There were three of the warrior beings. I replayed what was said, trying to piece together information. Give her to me, Dark One. The warriors prevented Darrow from taking me. But it seemed as if they wanted me as well. For what reason, I still didn’t know.”

Trying to figure out what’s going on, Sloan meets James, a man who has seen what those creatures can do and doesn’t believe her at first:

“The reason that isn’t possible is because whenever someone gets touched by one of them—” He hesitated for a moment, looked away, and then met my eyes again. “They die… instantly.”

Eventually, he joins her in solving the mystery that might kill them both. Needless to say, they fall in love while running for their lives. Bruised and battered, they manage to survive until the end of the book, and I assume their relationship will develop further in the next books.

Dark Touch, by Elle Lewis, was a quick but interesting read. Although the text was embellished with plenty of adjectives and metaphors (which I associate more with epic fantasy than urban fantasy), the plot was fresh, immersive (the battle scenes were written in such a manner that it felt like watching an action movie), and engrossing. I want to see more books like this on the shelves!

The good news is that Dark Touch is the first book from the series Glass Star Trilogy, so there’ll be more!