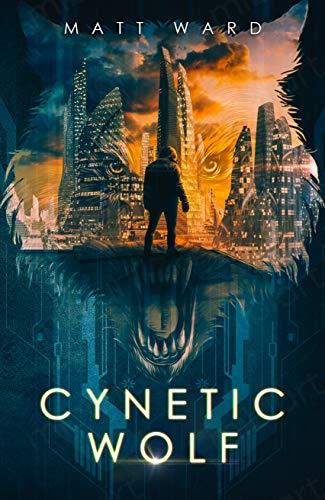 The action takes place in the future where science and technology are advanced beyond our imagination. At first, they created cyborgs. Then, due to bioengineering, they could implant babies after birth and became cynetics. Even more fascinating, a group managed to encrypt and back up someone’s soul and personality, thus achieving immortality because they could always reboot the backup in a new body.

Many experiments resulted in new species, hybrids that were mostly human but enhanced with animal DNA. As such, the hybrids exhibit traits from the animals whose genes they received.

The world-building is futuristic and quite complex, as expected. I wish the author had named the hybrid species better (but that is just my opinion) as they sound a little bit ridiculous: Lizard hybrids were called Lizardish (and they were cold, with green skin covered with scales), and then we have Bearish, Rabbitish, Chimpish, etc. You get my point.

The main character is Raek, a wolfish hybrid. He has heightened senses, he’s good at tracking and hunting, and he outsmarts other hybrids. He’s unique in every way. Not only he has keen senses, but he sees telescopically, he can shoot from his hands (has some sort of built-in blasters), and he can connect mentally to the internet and read an entire book in minutes.

Being extraordinary isn’t easy when the war starts, and each side wants him. On the one hand, the Resistance wants him as a leader. On the other hand, the government wants to study him because technically he shouldn’t exist.

This book has fabulous world-building, a dystopian future very well detailed, and at the same time, an information overload. There are so many layers and themes (the ethics of human genetic experimentation, society structure, slavery, and political intrigue).

The story is very fast-paced and immersive, but the way the main character acted in certain situations felt odd to me, like how he deals with the loss of loved ones. I get that he’s a teenager, but I suppose I expected him to act differently considering his enhancements. He shifts from confident, hero mode to an insecure boy way too often.

All in all, this was a good story, intense and well-crafted with a unique view of a dystopian future.