A Court of Thorns and Roses by Sarah J. Maas - Book Review 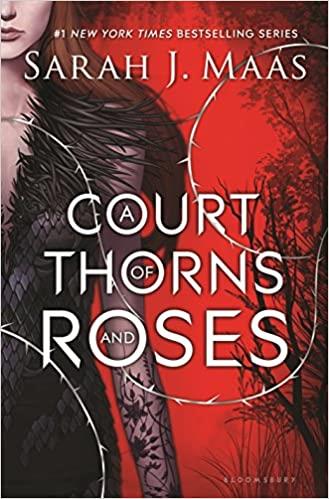 From the beginning, it gave me Beauty and the Beast vibes, but that soon ebbed the more I read. I’m not even sure I can call this a retelling because aside from the premises and the curse, they don’t have much in common. The plot of A court of Thorns and Roses is much more intricate, with a wide array of complex characters and unexpected events.

What I loved about A Court of Thorns and Roses

The best part of this book is the world-building, which was written so vividly and immersive. Sarah J. Maas could describe a pencil on five pages, and I could read that by the edge of my seat. The romance is a slow burn, and the character development is pretty good, it keeps you wanting for more.

The mythology is fascinating. Sarah J. Maas wrote about the Fae and human race having a glorious past and a bloody fallout that ended with a treaty.

“Once—long ago and for millennia before that—we had been slaves to High Fae overlords. We had built them glorious, sprawling civilizations from our blood and sweat, built them temples to their feral gods. Once, we had rebelled, across every land and territory. The war had been so bloody, so destructive, that it took six mortal queens crafting the treaty for the slaughter to cease on both sides and for the wall to be constructed: the North of our world conceded to the High Fae and faeries, who took their magic with them; the South to we cowering mortals, forever forced to scratch out a living from the earth.”

What I didn’t love

Although the prose was beautiful and I couldn’t put the book down, I sometimes wished the plot would advance faster. A court of Thorns and Roses is a lot of things, but fast-paced is not. I’m not saying the story drags, but maybe, well a little bit. That is, however, a personal preference, and despite it, I still loved it enough to give it five stars.

The main character is Feyre, a 19 years old who promised her mother on her death bed that she would look after her impoverished family. She hunts to feed her disabled father and two sisters and sells the pelts for money. Her passion is painting.

After the war, most humans hated and feared the Fae, and Feyre is no exception. While hunting a deer, Feyre noticed a wolf doing the same. Even though she suspects the wolf is Fae (a shifter) or maybe because of that, she kills the wolf with an arrow just as it attacked the deer. What she didn’t know was that the treaty requested a life for a life. And since she took the life of a Fae, she would pay with her own. But there’s a loophole! When Tamlin, the High Lord of the Spring Court (who is a shifter) finds Feyre, he offers an alternative: to leave her family and live with him in Prythian. Since it’s better than dying, she reluctantly accepts. And that’s the whole Beauty and the Beast resemblance.

Their interactions at first are awkward but adorable as neither has been in this situation before, and they don’t know how to react.

“Tamlin straightened a bit and said, “You look … better than before.”

Was that a compliment? I could have sworn Lucien gave Tamlin an encouraging nod.

Supporting characters are also amazing. My favorite has to be Lucien, but Alis is nice too. I loved Lucien and Feyre’s banter. They all have dinner together every evening at the Court and treat Feyre well to her surprise (she expected to be a prisoner).

“So is this what you do with your lives? Spare humans from the Treaty and have fine meals?” I gave a pointed glance toward Tamlin’s baldric, the warrior’s clothes, Lucien’s sword.

Lucien smirked. “We also dance with the spirits under the full moon and snatch human babies from their cradles to replace them with changelings—”

Getting to know Tamlin and Lucien, her hate for the Fae is slowly dissipating, and she starts questioning the base of her beliefs.

After enjoying life at the Court and the blooming romance between Tamlin and Feyre, both with secrets and trust issues, we meet Rhysand, who is deliciously evil and armed with a plot twist. Without giving away spoilers, the last third of the book is intense, dark, and unexpected. It’s probably the best part of the book, and I will only say that no one is safe.