A Court Of Mist And Fury by Sarah J. Maas – Book Review 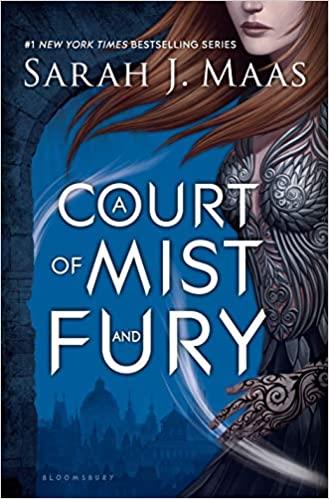 Having loved A Court of Thorns and Roses so much, I immediately delved into the sequel, A Court of Mist and Fury, and I enjoyed it just as much, which explains the 4.5-star rating.

If I had to summarize it in a sentence, I’d say expect the unexpected!

Feyre survived Amarantha’s clutches to return to the Spring Court—but at a steep cost. Though she now has the powers of the High Fae, her heart remains human, and it can’t forget the terrible deeds she performed to save Tamlin’s people.

Nor has Feyre forgotten her bargain with Rhysand, High Lord of the feared Night Court. As Feyre navigates its dark web of politics, passion, and dazzling power, a greater evil looms—and she might be key to stopping it. But only if she can harness her harrowing gifts, heal her fractured soul, and decide how she wishes to shape her future—and the future of a world cleaved in two.

My thoughts on A Court of Mist and Fury

In this installment, Sarah J. Maas continues Feyre’s story, throwing plot twists in our way. Considering what happened Under the Mountain in the previous book, I was prepared for a love triangle. I was wrong! By the way, I love being wrong!

The love interest, Tamlin, being possessive and protective of Feyre, slowly turns into the villain she needs saving from. And who do you think saves her? The dark and mysterious Rhysand. My only complaint is that after he swoops in to save Feyre, he becomes less dark and mysterious.

“He thinks he’ll be remembered as the villain in the story. But I forgot to tell him that the villain is usually the person who locks up the maiden and throws away the key. He was the one who let me out.”

Bit by bit, as the story unravels, we learn that everything was a facade, a role he played to protect his people, so, in fact, he was never dark, to begin with. He explains every despicable thing he did Under the Mountain, and it makes sense.

So in this story, prince charming, Tamlin becomes the villain, and Rhysand becomes the new love interest that Feyre isn’t ready for.

Feyre starts in a bad place, haunted by everything she had to do to break Tamlin’s curse Under The Mountain. She feels smothered by Tamlin’s overprotective nature and starts doubting her willingness to marry him. But after Rhysand saves her, she slowly comes to terms with what she did and welcomes her new powers as she discovers them one by one.

I was a survivor, and I was strong.

I would not be weak, or helpless again

I would not, could not be broken. Tamed.”

As much as I loved Tamlin in the first book, I loathed him in the second. But I have a feeling that S.J. Maas is not done with this character, and there are more twists in store for Tamlin because things are rarely black or white in real life. Let’s not forget how easy it was to despise Rhysand when we met him, and now everyone swoons over him.

“He locked you up because he knew—the bastard knew what a treasure you are. That you are worth more than land or gold or jewels. He knew, and wanted to keep you all to himself.”

The words hit me, even as they soothed some jagged piece in my soul. “He did—does love me, Rhysand.”

“The issue isn’t whether he loved you, it’s how much. Too much. Love can be a poison.” And then he was gone.”

We get to explore a little bit of The Night Court and The Court of Nightmares, but most importantly, Velaris, or the City of Starlight, a place hidden through magic on the west side of the Night Court, the only place that Amarantha hadn’t touched because she didn’t know it existed.

Although I enjoyed reading A Court of Mist and Fury even more than A Court of Thorns and Roses, there were some bits I have conflicting feelings about. Tamlin’s behavior doesn’t make sense to me. I get it, he’s the one we have to hate now, and Sarah J. Maas makes the task easy for us, but I wish his attitude changed gradually.

I understand being overprotective of her, but I don’t understand refusing to talk to her and simply watching her waste away. It’s like Sarah J. Maas wanted to make sure we have no sympathy left for Tamlin.

Lucien is another disappointment. I loved his banter with Feyre in the previous book, and it was such a letdown to see he didn’t stand up for her when Tamlin locked her up. And not only that, but he was ready to take her against her will back to Tamlin as if she was an object that needed to be retrieved.

“Lucien had been prepared to take me against my will.

Fae males were territorial, dominant, arrogant—but the ones in the Spring Court … something had festered in their training. Because I knew—deep in my bones—that Cassian might push and test my limits, but the moment I said no, he’d back off. And I knew that if … that if I had been wasting away and Rhys had done nothing to stop it, Cassian or Azriel would have pulled me out. They would have taken me somewhere—wherever I needed to be—and dealt with Rhys later.

But Rhys … Rhys would never have not seen what was happening to me; would never have been so misguided and arrogant and self-absorbed. He’d known what Ianthe was from the moment he met her. And he’d understood what it was like to be a prisoner, and helpless, and to struggle—every day—with the horrors of both.”

I also feel like the story dragged quite a bit, and the book was much longer than it needed to tell the story. I’m now wondering if Rhysand was the end game all along, or perhaps it’s best not to get too attached to him because he might become the villain in the next book while someone else catches Feyre’s eye. I seriously doubt that, but I expect to have my mind blown away by Sarah J. Maas in the next installment.

The next book in the series is A Court of Wings and Ruin. I have already finished reading it and will be reviewing it soon.