Once upon a time came a story so full of high adventure and true love that it became an instant classic and won the hearts of millions. Now in hardcover in America for the first time since 1973 (in its native Florin, it has been on the Florenise Times bestseller list continuously since the week it was published), this special edition of The Princess Bride is a true keepsake for devoted fans as well as those lucky enough to discover it for the first time. What reader can forget or resist such colorful characters as Westley ... handsome farm boy who risks death and much, much worse for the woman he loves; Inigo ... the Spanish swordsman who lives only to avenge his father's death; Fezzik ... the Turk, the gentlest giant ever to have uprooted a tree with his bare hands; Vizzini ... the evil Sicilian, with a mind so keen he's foiled by his own perfect logic; Prince Humperdinck ... the eviler ruler of Guilder, who has an equally insatiable thirst for war and the beauteous Buttercup; Count Rugen ... the evilest man of all, who thrives on the excruciating pain of others; Miracle Max ... the King's ex-Miracle Man, who can raise the dead (kind of); The Dread Pirate Roberts ... supreme looter and plunderer of the high seas; and, of course, Buttercup ... the princess bride, the most perfect, beautiful woman in the history of the world. S. Morgenstern's timeless tale--discovered and wonderfully abridged by William Goldman--pits country against country, good against evil, love against hate. From the Cliffs of Insanity through the Fire Swamp and down into the Zoo of Death, this incredible journey and brilliant tale is peppered with strange beasties both monstrous and gentle, and memorable surprises both terrible and sublime. 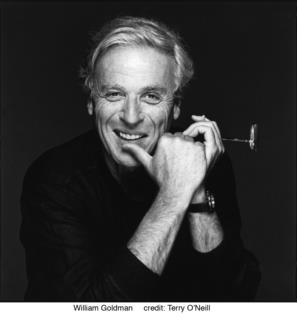 Other books written by William Goldman