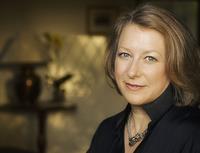 Deborah Harkness is a #1 New York Times bestselling author who draws on her expertise as an historian of science, medicine, and the history of the book to create rich narratives steeped in magical realism, historical curiosity, and deeply human questions about what it is that makes us who we are. The first book in Harkness’s beloved All Souls series, A Discovery of Witches, was an instant New York Times bestseller and the series has since expanded with the addition of subsequent NYT bestsellers, Shadow of Night (2012), The Book of Life (2014), and Time’s Convert (2018), as well as the companion reader, The World of All Souls. The All Souls series has been translated in thirty-eight languages. The popular television adaptation of A Discovery of Witches, starring Theresa Palmer and Matthew Goode, was released in 2019 by Sky/Sundance Now, and also broadcast on AMC. Having spent more than a quarter of a century as a student and scholar of history, Harkness holds degrees from Mount Holyoke College, Northwestern University, and the University of California at Davis. She is currently a professor at the University of Southern California in Los Angeles, where she teaches European history and the history of science. Harkness has published scholarly articles on topics such as the influence of theatrical conventions on the occult sciences, scientific households, female medical practice in early modern London, medical curiosity, and the influence of accounting practices on scientific record keeping. She has received Fulbright, Guggenheim, and National Humanities Center fellowships, and her most recent scholarly work is The Jewel House: Elizabethan London and the Scientific Revolution.